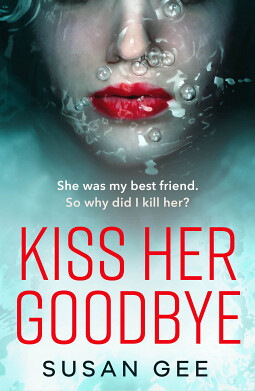 Seventeen-year-old Hayley Reynolds is unwanted at home, and an outsider at school. Pushed away by her best friend Kirsten Green, she makes a deliberate, chilling decision – if Kirsten can’t belong to her, then she won’t belong to anyone…

DI Beverley Samuels has the body of a schoolgirl on her hands – a murder that brings back the hauntingly painful memories of the case she’s tried so desperately to forget. There’s something deeply disturbing about this crime – and yet with little hard evidence it’s up to her to decide who she will believe…

I’m not going to lie – this is a gorgeous cover.  It’s initially what drew me to the book in the first place.  Which is a good thing becuase it made me want to read the blurb and the blurb intrigued me enough to request the book from Netgalley.

Hayley Reynolds is quite a character.  Half the time you don’t know if she’s lying or being truthful, although you figure out quite quickly that she’s not very trustworthy.  It was annoying in so many ways for the first half of the book, this constant lying and then retracting.  But, as you find out more and more about her history – her mother’s ‘illness’ and the reasons why her father left – the pieces begin to fall into place.  By the end, when you find out the truth about the baby, I almost felt sorry for her.  Almost, becuase she’s rational enough to know that the things she’s doing are wrong and does them anyway.  While it makes for a great story, it also makes it difficult for me to feel any sympathy for her.

Beverly Samuels is another story.  While she is also a fascinating character, her motives are much easier to undestand.  The guilt she carries from a previous case cause her to overthink everything she and everyone else says and does.  With her previous inaction having resulted in a teenaged girl dying, she’s determined to not make the same mistake again.  Sadly, her narrow-minded approach causes something much worse to happen this time around.  While she’s not totally at fault, Hayley’s quite believable when she wants to be, if she’d had a bit of a more open-minded approach, maybe she would have seen the truth sooner.

Both Hayley and Beverly are a mess emotionally, although their reasons are very different from each other.  Hayley’s lies and Beverly’s obsession with finding the truth lead the two into a convoluted dance of truth and falsehoods.  At times, this back and forth between them, as well as Hayley and her mother’s boyfriend, Mike, cause the story to drag.  The characters are too busy scene setting to move the plot along.  I wasn’t sure why some of the characters were even there, honestly.  That said, the premise was fascinating.  The idea of a teenaged psychopath is terrifying and lends to a dark, intense story.  Despite not wanting to dream a sixteen-year-old is capable of the things Hayley does, in today’s world, it’s all too believable.

Thank you to Netgalley and the publisher, Aria, for this advanced copy of the book for review.

One thought on “Review: Kiss Her Goodbye by Susan Gee”