The Wednesday Weekly Blogging Challenge is hosted by Long and Short Reviews.  This week’s topic is: Fictional worlds I’d rather not visit. END_OF_DOCUMENT_TOKEN_TO_BE_REPLACED

February’s challenge was fantasy or paranormal reads which I thought would be right up my alley.  Yeah, well, while I did much better than I did in January, I still didn’t do very good. END_OF_DOCUMENT_TOKEN_TO_BE_REPLACED 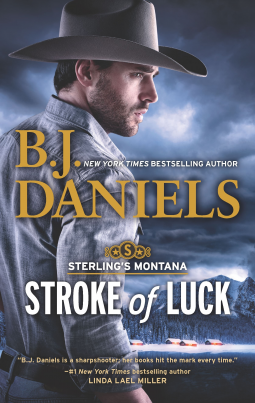 He’s hoping to bury the past. She’s ready to settle the score.

The Sterling Ranch’s season opening isn’t going so smoothly. With the ranch’s lodge full of guests and a Montana blizzard threatening, Will Sterling needs help—and he needs it fast. So when his childhood friend Poppy Carmichael agrees to lend a hand, he’s grateful for a second chance…and more enticed by the woman she’s become than he cares to admit.

For Poppy, it was supposed to be a retreat full of horse rides and hoedowns—with a side of showing Will what he’s been missing all these years. But as the snow deepens outside, the guests’ suspicion and mistrust turn sinister inside, catching Will and Poppy in the crosshairs.

Weathering the storm in each other’s arms is all too easy for Will and Poppy, but will a confrontation with a killer mean their reunion is short-lived?

New York Times and USA TODAY bestselling author B.J. Daniels starts her Sterling’s Ranch series off with a bang in this suspenseful story of romance and revenge.

I have an affection for cowboys that knows no boundaries, so when I saw this book available for request at Netgalley, I jumped on it.  If you could look at my Netgalley shelf (and well, honestly, my physical bookshelf at home), you’d see exactly how much this appeals to me.  Also, I’ve heard a ton of good things about B. J. Daniels over the years and I thought that I should finally check her out for myself.

Anyway, I’m not sure where to start this review.  So much happened in this book!  I went in expecting a straight forward romance, had no idea there was a mystery angle to it.  Somehow, I must have completely missed ‘killer’ in the blurb.  Note to self: read the whole description, please and thank you!  However, this is a good thing because romantic suspense has become a favorite genre of mine.

The author does an excellent job of keeping the tension tight and keeping the reader from figuring out exactly who the bad guy is.  I went back and forth between suspecting two or three people the entire book.  Admittedly, I was not expecting it to be who it was in the end, either.

On the romantic side, the tension was high as well.  Loved the back and forth between Poppy and Will.  Poppy is such an upbeat and fun woman, exactly the kind of person I’d want to hang out with.  Especially with the way she cooks!  Will is a total cowboy, through and through, but he’s not completely immune to Poppy’s charms either.  They are definitely meant for each other.

Okay, and I have a confession: I love a good cover and this one is gorgeous.  All dark and broody with a handsome cowboy, can’t get any better, right?  But is it just me or does the cowboy look like Zachary Quinto in a Stetson?  Not that I’m complaining, but I was curious to see if anyone else thought the same.  Now, on to the next in the series because I can’t wait to see what else the Sterling brothers got up to while I was away.

The Wednesday Weekly Blogging Challenge is hosted by Long and Short Reviews.  This week’s topic is: Favorite movies of all time and why. END_OF_DOCUMENT_TOKEN_TO_BE_REPLACED 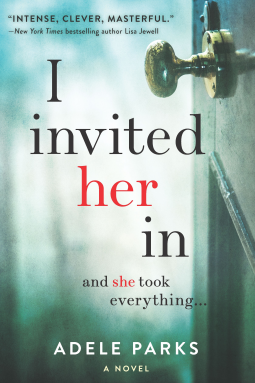 ‘I invited her in… and she took everything.’

When Mel hears from a long-lost friend in need of help, she doesn’t hesitate to invite her to stay. Mel and Abi were best friends back in the day, sharing the highs and lows of student life, until Mel’s unplanned pregnancy made her drop out of her studies.

Now, seventeen years later, Mel and Abi’s lives couldn’t be more different. Mel is happily married, having raised her son on her own before meeting her husband, Ben. Now they share gorgeous girls and have a chaotic but happy family home, with three children.

Abi, meanwhile, followed her lover to LA for a glamorous life of parties, celebrity and indulgence. Everything was perfect, until she discovered her partner had been cheating on her. Seventeen years wasted, and nothing to show for it. So what Abi needs now is a true friend to lean on, to share her grief over a glass of wine, and to have some time to heal. And what better place than Mel’s house, with her lovely kids, and supportive husband…

What could be better than reconnecting with an old friend, the best friend you’d ever had?  That was exactly how Mel thought when she opened Abi’s email.  They’d have a chance to erase all the years between them and make things good again.  For a while, they were.  But then, everything went to hell in a handbasket.

I Invited Her In is exactly the kind of thriller I enjoy.  Best friends coming together after years apart only to uncover secrets piled on top of secrets.  And let me tell you, both Abi and Mel have boatloads full of secrets between them.

Melanie was easy for me to relate to.  While I wasn’t a teenage, single mother, I am the mother of two girls, one of which is the same age as Liam.  That put me in a place where I could easily understand her rage, her fear, her desperation.  Even when she overreacted and was over the top, I still got it.  That drive to protect your kids at all costs is a strong one.

Abigail, on the other hand, I did not understand at all.  Mostly because I wasn’t ever the popular, glamorous type.  But she’s also very self-absorbed and you see this from the very beginning. In the way she never offers to help, constantly monopolizes Mel’s time, and other things.  I thought I’d give her the benefit of the doubt but, instead of growing to like her, I wound up despising her.  Which was probably the point, but that’s something else entirely.  I did feel some pity for Abi, however, but her actions were way above and beyond the hurt she was feeling.

I’m a very gullible reader, I’ll admit to that.  When everyone else sees the ending coming, I’m taken by surprise.  That’s okay though, I can live with being gullible in a fictional world.  However, I knew this book would have some kind of twist at the end and I was not expecting either that we got.  The first, I had some inkling that something would happen, I just hadn’t expected it to be that.  The other though?  I was definitely shocked, although I probably shouldn’t have been.

I Invited Her In was slow to start but, once you get to the meat of the story, it takes off from there.  As soon as I found out what was really going on, I was hooked.  And that’s when the wheels come off and all the secrets start to pour out.  I wish that the author had given some of these tidbits earlier on.  Even hinting at some of them might have made the first part of the book move a little faster.  However, I stuck it out and am not sorry that I did.  What a wild ride this novel was!

*Thank you to Netgalley, the authors, and the publisher for a copy of this book in exchange for an honest review.

First things first: how did I do with my January Jam Jar challenge? END_OF_DOCUMENT_TOKEN_TO_BE_REPLACED