Today, you get a two-fer!  Since I’m reviewing both books in the series at once, there might be slight spoilers if you read all the way through. 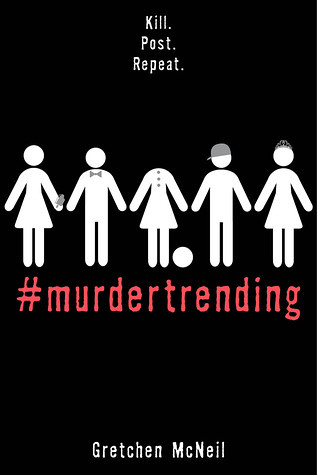 WELCOME TO THE NEAR FUTURE, where good and honest citizens can enjoy watching the executions of society’s most infamous convicted felons, streaming live on The Postman app from the suburbanized prison island Alcatraz 2.0.

When seventeen-year-old Dee Guerrera wakes up in a haze, lying on the ground of a dimly lit warehouse, she realizes she’s about to be the next victim of the app. Knowing hardened criminals are getting a taste of their own medicine in this place is one thing, but Dee refuses to roll over and die for a heinous crime she didn’t commit. Can Dee and her newly formed posse, the Death Row Breakfast Club, prove she’s innocent before she ends up wrongfully murdered for the world to see? Or will The Postman’s cast of executioners kill them off one by one?

#MurderTrending caught my eye the first time I saw it online.  I thought that the concept was fascinating and intriguing considering how much information and entertainment you can access from your phone these days.  The whole idea of being sent to a newer version of Alcatraz and fighting for your life after being convicted of a heinous crime seemed rather fitting to me.

Dee is pretty clueless when she arrives on Alcatraz 2.0, but she quickly starts to figure things out, with the help of her new friends.  Determined not to die, her one goal is to get off the island and prove to the world – and her dad – that she didn’t murder her stepsister.  All she and her friends endure so that they can prove Dee’s innocence is more than a teenager should ever have to deal with.

While the idea of the Postman app intrigued me, it also frightened me.  Can you imagine watching murders in real time on your phone or tablet?  Holy moly. 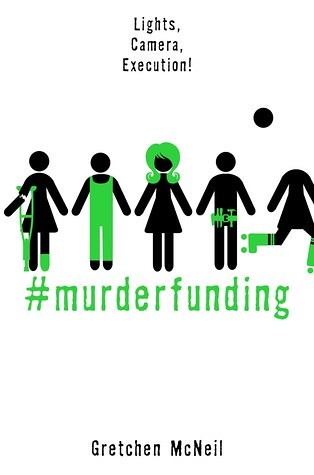 WELCOME TO WHO WANTS TO BE A PANIAC?, the latest reality TV show on the hunt for the next big-hit serial killer. But don’t worry—no one is actually going to murder anyone, as real as the fake gore and pretend murder may appear . . . uh, right?

Seventeen-year-old Becca Martinello is about to find out. When her perfectly normal soccer mom dies in a car crash, a strange girl named Stef appears to let Becca know that her deceased mom was none other than one of Alcatraz 2.0’s most popular serial killers—Molly Mauler. Soon, Becca ends up on Who Wants to Be a Painiac? to learn the truth about her mom’s connection to Molly Mauler, but things turn sinister when people are murdered IRL. Will Becca uncover dark secrets and make it out of the deadly reality show alive? Or will she get cut?

Now that the government has seized Alcatraz 2.0, what are the Postman fans to do?  Audition to be the next Paniac, of course!  Having grown up in a time when The Real World was the only reality television on the air, the thought that anyone would have been so obsessed with the app that they’d want to be part of it all confused me.  However, I realize I’m old and that I’m definitely not the target audience for Who Wants to Be a Paniac?.

#MurderFunding wasn’t an awful sequel, but it didn’t quite live up to #MurderTrending either.  I think the biggest problem I had is that the new group of contestants didn’t have the same chemistry as Dee, Nyles, Gris and the rest had.  The Death Row Breakfast Club seemed to click into place a little better and a little faster than this new group.  By the time Becca, Stef, and the rest started to jive, the book was over.  That said, this one did have a bigger surprise in it than the first.

We could have definitely seen more Dee, Gris, and Nyles however.  There scenes were too brief and too few.

One of the common elements I liked about these two books was that it really rapped reality upside it’s head.  In both, the president is an ex-reality show star, in bed with the Russians, and facing impeachment.  In an effort not to turn this post political, considering the current US President’s impeachment trial started today – a man known for his reality TV show – I found it rather weird, fascinating, and a tad bit amusing.

All in all, I thought these were both really good stories that were well worth the read.  I hope you enjoy them, too, if you decide to pick them up.