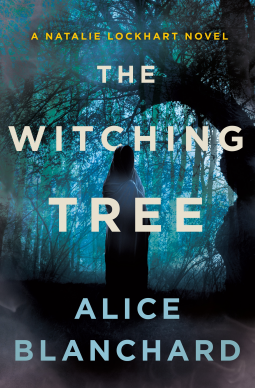 As legend has it, if you carve your deepest desire into the bark of a Witch Tree, then over time as the tree grows, it will swallow the carvings until only a witch can read them.

Detective Natalie Lockhart gained unwanted notoriety when she and her family became front and center of not one, but two sensational murder cases. Now she’s lost her way. Burned out and always looking over her shoulder, Natalie desperately thinks that quitting the police force is her only option left.

All that changes when a beloved resident–a practicing Wiccan and founder of the town’s oldest coven–is killed in a fashion more twisted and shocking than Natalie has ever seen before, leaving the town reeling. Natalie has no choice but to help solve the case along with Detective Luke Pittman, her boss and the old childhood friend she cannot admit she loves, even to herself. There is a silent, malignant presence in Burning Lake that will not rest. And what happens next will shock the whole town, and Natalie, to the core.

Earlier this year, I randomly picked up The Wicked Hour, despite it being the second in a series and not having read the first.  I’m really glad I stepped outside my comfort zone (I hate reading books out of order), because it was amazing.  When I was approved to receive the sequel, The Witching Tree, you could have heard me squealing all the way in Burning Lake.

I may or may not have also purchased the first in the series – Trace of Evil  – as well.

Detective Natalie Lockhart has a lot going on in her life.  After two insane cases with The Crow Killer and then The Violinist, she hasn’t had a break.  It’s taking its toll on her and she’s struggling.  As much as I hate to see my favorite characters falling apart, I think that the stress of the job finally getting to Natalie makes her more real, more human. She fights with herself more than anyone or anything in this novel, and her internal dialogue is interesting.  Natalie has quickly become one of my favorite fictional detectives, and this book had a lot to do with that.

The author has a knack for crafting an intriguing mystery with lost of twists and turns that you don’t expect.  During the course of the book, I must have had three or four suspects I just knew  were guilty.  In the end?  I was wrong on all counts.  The actual culprit took me by surprise because they hadn’t even truly been on my radar.  Honestly though, I love it when that happens. I shouldn’t be smarter than the author and figure it out halfway through the story.

There were two things that bothered me, however.  One was a conversation Natalie had with someone that didn’t end well.  On one hand, I get the other person’s point, but I also feel for Natalie and the position she’s in.  Team no one and everyone at the same time.  The other was the cliffhanger left at the end of the book.  I normally don’t mind them, especially when I’m behind with a series and the next book is already out, but the nature of this one upset me.  All that said, I thoroughly enjoyed another trip to Burning Lake to watch Natalie and the rest of the BLPD solve another horrific crime.

*Thanks to Netgalley, the author, and the publisher for an advanced copy of this book in exchange for a fair and honest review.