Ugh, I was doing so well, guys, and then my husband got sick.  It wasn’t anything serious, but he had a kidney transplant back in April, so even a minor cold can be tough for him.  Over 4th of July weekend, he wound up in the hospital because he’d had a very mild cold the week before but, it knocked his white blood cell count so low that the doctors wanted him in the hospital until they were back up.  Thankfully, we didn’t have this issue this time. END_OF_DOCUMENT_TOKEN_TO_BE_REPLACED

Oh, this is one of my favorite genres so I’m going to try and curb my enthusiasm a bit and tell you only about what I’m currently reading. END_OF_DOCUMENT_TOKEN_TO_BE_REPLACED 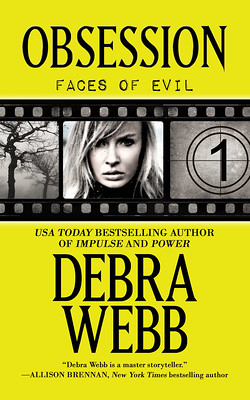 Quite a few years ago, the site I review for offered up the first three books in this series.  On a whim, never having heard of the author before (how, I don’t know, because she’s written a ton of books), I said, sure.  Why not?

I was immediately hooked.

Debra Webb is an amazing author.  She knows how to draw you in, ramp up the tension, and steam up your glasses all at the same time.  She also writes amazingly devilish bad guys.

The main baddie in her Faces of Evil series is Eric Spears, better known as The Player.  He’s smart, he’s handsome, and he’s rich.  Oh, and he keeps slipping through Jess’ fingers.  There’s one scene where Jess is pushed or falls, I can’t remember exactly (it’s been a minute since I’ve read these), and someone helps her up.  As she looks around to see who it was, she realizes it’s him – Eric Spears.  That he could be so brazen floored me.

I’m still a bit bitter about how his storyline was tied up, I thought it was a bit anti-climactic, but when you’re half in love with the guy you’re supposed to hate…

If you’re into romantic suspense that is both sexy as heck and a rollercoaster ride of thrills, you have got to look into this series.

I’m not really sure what this means so I’m going to guess and tell you about what I’m currently reading. END_OF_DOCUMENT_TOKEN_TO_BE_REPLACED

Finally a topic I know a little about. END_OF_DOCUMENT_TOKEN_TO_BE_REPLACED

Not going to lie – I had to Google to find covers.  Mostly because I’m at work and can’t go stand in front of my bookcase and make the cats wonder.  *shrugs* 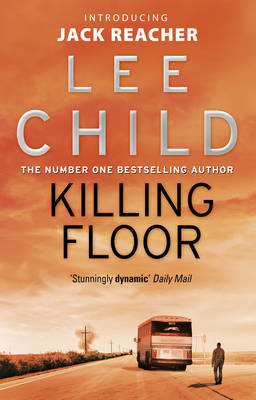 I’ve been wanting to read this for some time now.  Recently picked up a copy at the used bookstore a few weeks ago and am now ready to get started.

Honestly, I’m just curious if the books are even a fraction as funny as the movies have been.  If not, no big deal.  But if they are?  Major score! 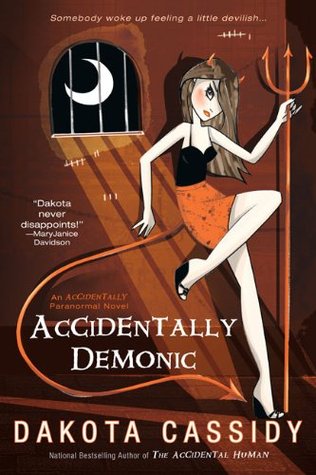 I love Dakota Cassidy’s Accidentals series!  It starts with a book for each of the main trio – Marty, Wanda, and Nina – and continues to add amazing characters with each novel.  This was one of my favorites in the series (right after Nina’s book).  I don’t know how the author manages to keep things as hilarious and sexy as she does, but I hope she can continue for a long time to come. 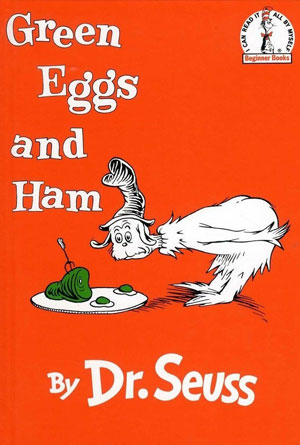 I squealed when I saw this cover. I’m not sure how I could forget this iconic book and its equally iconic cover as it’s one of my all-time favorite children’s books.  Dr. Seuss is a winner no matter what, but this, along with Fox in Sox are right at the top of my list, 110%! 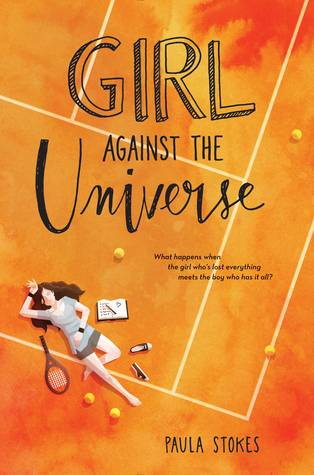 I’d never heard of this book until I went searching for covers, but I’m glad I found it!  The cover draws you in and the blurb makes it sound like it’d be a great read.

(And I’m sorry about the wonky as heck formatting on this post… I couldn’t make it work like I wanted it to, so I just said what the heck, let’s call it quirky!)

Y’all, I’m boring.  Ninety-nine percent of the time, I’m drinking water.  Often, I’m drinking iced coffee as well, but not as much as water.  Very rarely, you’ll find me with a lemonade from Dutch Bros. or even more rarely, alcohol.

Oh, now this should be fun! END_OF_DOCUMENT_TOKEN_TO_BE_REPLACED

I was slacking yesterday and didn’t post my review until today.  Ooops.  Back on track now though. END_OF_DOCUMENT_TOKEN_TO_BE_REPLACED