The Wednesday Weekly Blogging Challenge is hosted by Long and Short Reviews.  This week’s topic is: favorite songs or musicians.

Well, this ought to be interesting since my musical tastes run the gambit. Let’s start with what I’m currently listening to now. 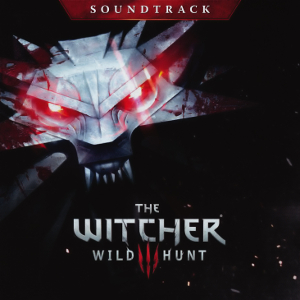 //embedr.flickr.com/assets/client-code.jsMy husband loved these games.  When The Witcher III: Wild Hunt came out he, of course, purchased the deluxe edition of the game which, strangely enough, came with two music CDs.  One was music from the actual game and the other was music inspired by it.

For some reason that I never figured out, he gave both CDs to me.  On a whim, I popped them into my truck’s stereo one day and immediately fell in love.  The music inspired by The Witcher is a bit harder than I usually listen to, however it made for great driving music.  The music from the game, however, is amazing.  I actually found a playlist on Spotify called The Witcher Relax which is all the more mellow music from the three games in one playlist.  It’s great office music and I love to pull it up on those exceptionally stressful days.

When I’m not listening to video game soundtracks (and god, does that sound as nerdy as I think it does?), I’m mostly listening to country music.  Some of my favorite artists are old school – Brooks & Dunn, Reba, Randy Travis, but I love some of the newer artists, too.  One particular favorite is Morgan Wallen.  Despite the fact he appears to be a grade A idiot, he’s got an amazing voice.

When I started using Duolingo to learn Romanian, I looked up Romanian music on Spotify.  No, this post is not sponsored by Spotify, but it is my go-to program for listening to music.  It has nearly everything I care to listen to and then things I never thought to listen to, like um, Romanian pop music.  Enter Smiley Omul.

I stumbled across him while searching for random Romanian music one day and I can’t lie, I love him now, even if I don’t understand half of what he’s saying.  Pe unde îți umblă inima translates to Where Your Heart Goes and I encourage you to give it a listen even if you don’t understand any of it.  Este atât de bine!

Okay, so this is getting long, and I probably ought to wrap it up now.  One of my all-time favorites is one that often surprises people, especially once they hear my go-to genre is country.  But guys, I love Alice Cooper.  I’m not sure if it’s because I was young and impressionable in the 70’s or if it’s because I’ve always had a grittier streak that no one knew about.  Either way, I can’t get enough of his music.  Even convinced my husband to go see him in concert years ago when he was here touring with Dokken, Winger, and some other group that I’m forgetting.  One of my favorites of his is this:

I could go on, and I intentionally left out Weird Al because I don’t want anyone to hate me. Hahaha.  But hopefully you found something here that you like.  In the end, listen to what makes you happy and if someone else thinks it’s lame, they can pound sand.  Trust me, I spent my entire high school years defending my love of hair bands and country music, often at the same time.